Gandhi’s name and influence are well-known in Hungary, but his life and principles are rarely talked about. With the 150th anniversary of his birth approaching, the New Acropolis School of Philosophy organized a commemoration event in the Philosopher’s Garden on Gellért Hill, one of the popular viewpoints and outing destinations of Budapest, where a statue was erected in his honour.
Relying on his autobiographical book The Story of My Experiments with Truth, the participants in the event examined how the philosophical principles of one of the leading figures of 20th century politics evolved and how he implemented them in practice. The main topic was Gandhi’s major role in showing the world that one can fight for justice without using violence. 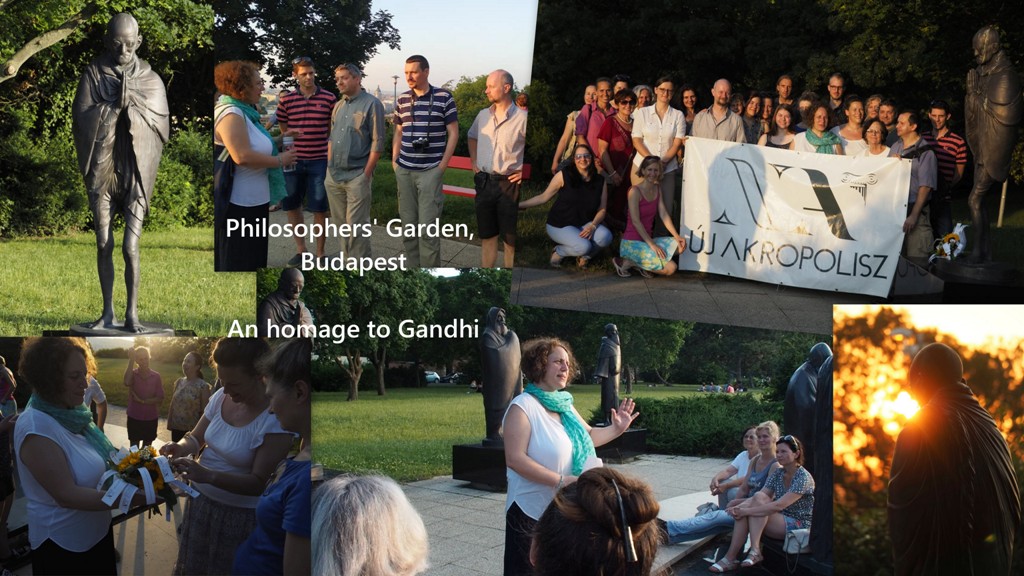