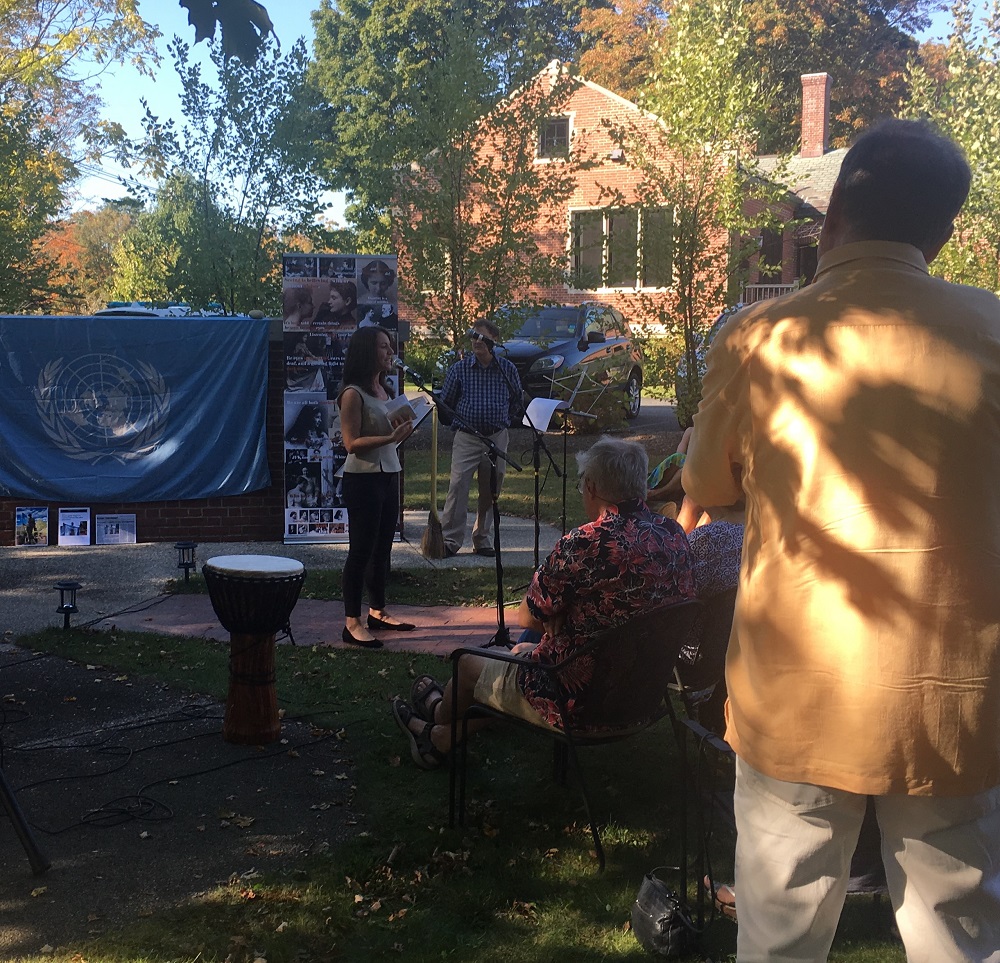 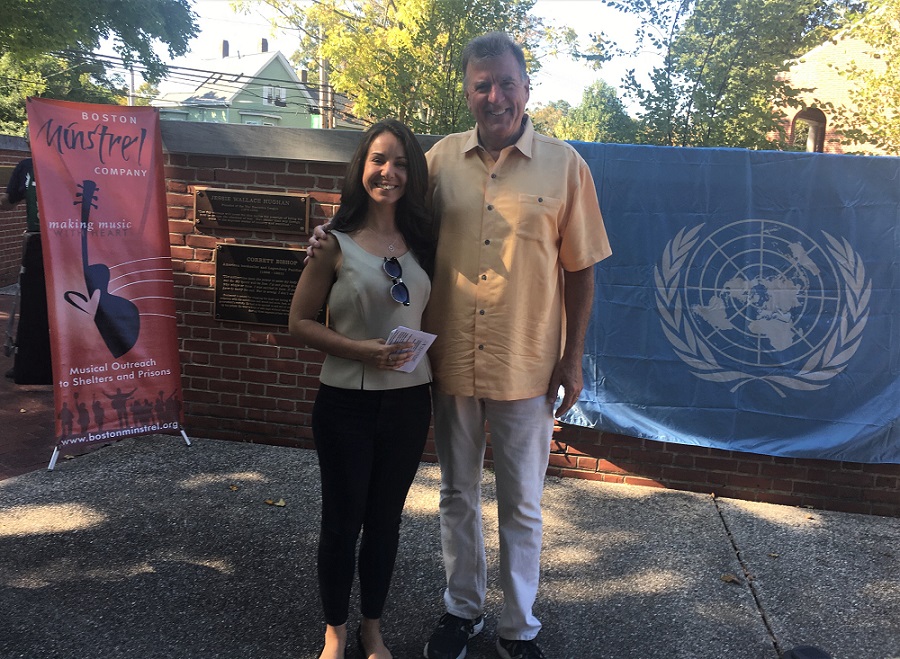 The musician, songwriter and peace activist Pete Seeger was honored with a new plaque on the Pacifist Memorial. For the unveiling, the founder of the Peace Abbey, Lewis Randa, delivered some impactful words and the Boston Minstrels brought moving words and songs. As part of the tribute, Angela of Acropolis Boston shared a few thoughts on Gandhi’s inspiring words of “being the change we wish to see in the world” as a tribute to all those who have been advocates for peace, focusing on Gandhi at this time of his 150th anniversary.