Lecture honoring the 150th anniversary of Mahatma Gandhi’s birthday, one of the greatest political and spiritual leaders, who transformed the teachings he received into the wisdom of living. His life is an example of dedication to the greater good, either as a lawyer for human rights in South Africa, or later as a man fighting for the liberation of India.
He led a heroic thirty-year struggle using “only” the power of non-violence, courage and love, which resulted in the liberation of India.
His message is simple: Be the change that you wish to see in the world. 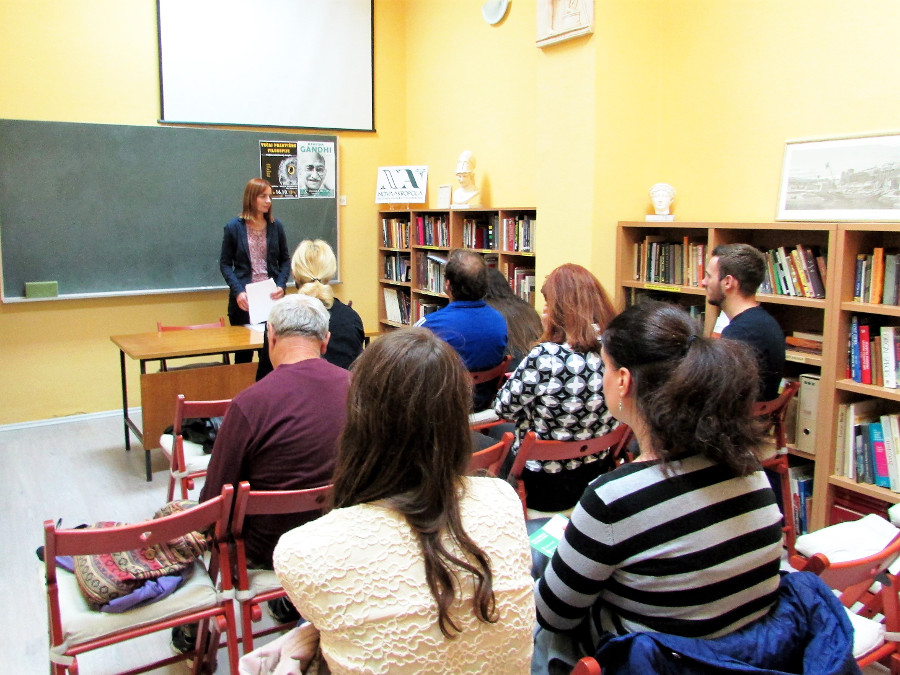