Commemoration of the 150th birth anniversary of Mahatma Gandhi in the different centers of New Acropolis Brazil which presented a series of lectures in his memory.

As a starting point we talked about the biography of this historical figure of the twentieth century, and what the idea of his life really represents. Talks included:
“Gandhi and the Message of NonViolence” by Professor Marcelo Augusto de Oliveira, in Santos/SP. In Lauro de Freitas/BA the topic was “Mahatma Gandhi and the Philosophical Tradition”, with João Paulo Bonfim Cruz Vieira. “Gandhi and Freedom” was the lecture given by Rafael Oliveira Viana in Salvador/BA. “Teachings of Gandhi”, with Professor Helenice Vieira Piovezani, in Florianopolis/SC.

Known worldwide for non-violence and the pursuit of human values, Mahatma Gandhi has left a legacy that has influenced Western thought to this day, which New Acropolis echoes through permanent values such as fraternity, knowledge and human development, among others. 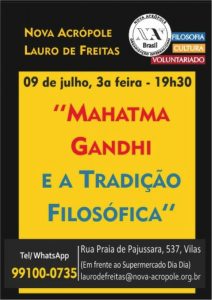 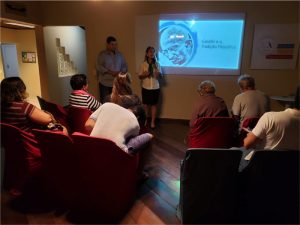 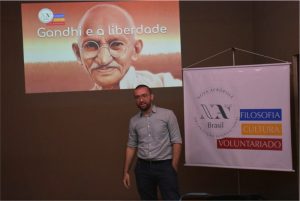 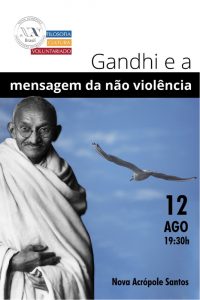 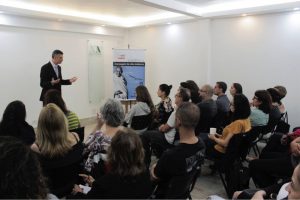