Lecture on “The Woman in Shakespeare’s Plays” by New Acropolis at the library of Galveias Palace (Lisbon).

The event began with an introduction on the author by Professor José Carlos Fernandez, director of New Acropolis in Portugal, in which he spoke of some of the mysteries surrounding Shakespeare’s character, the main themes of his works, his ability to depict the different female archetypes and also on how he was able to elevate the mind, shape people’s language and thinking, through his beautiful texts.

It was a journey through the various human emotions which ended with the theatrical performance of a scene from the Merchant of Venice between Portia and Bassanio. 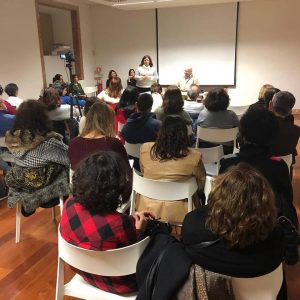 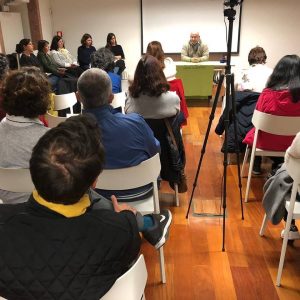