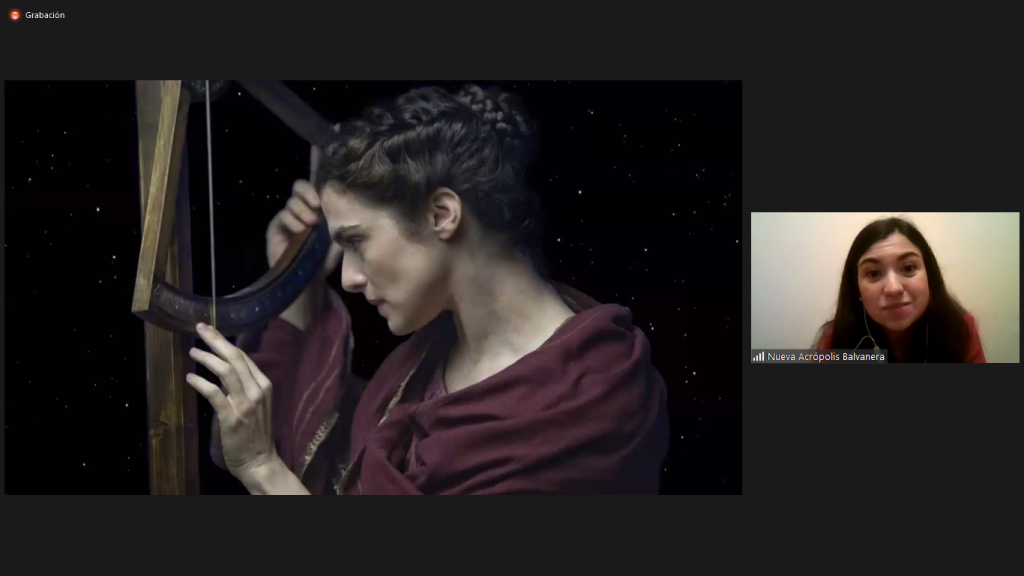 In this week’s edition of the series of talks “Great historical figures”, “Hypatia of Alexandria” was presented.

The speaker Agustina Marchesi, in front of a large audience, briefly reviewed the life of Hypatia and her teachings.

Contrary to the social mandate of the time, Hypatia received an excellent education that led her to become director of the library of Alexandria and one of the most important leaders of the Neoplatonic school. She devoted her life to philosophy and was very influential in the political sphere. She was highly respected and authoritative because of her ethics and wisdom.

She wrote a number of books, but unfortunately none of them have survived today. However, her teachings persist and survive because they are timeless, among them, her ideas of union and fraternity where people were not distinguished by their social status, sex or religion. Hypatia was a seeker of truth and left us her example of life that inspires us to create a better world.

“Reserve your right to think, for even to think wrongly is better than not to think at all.” Hypatia of Alexandria.