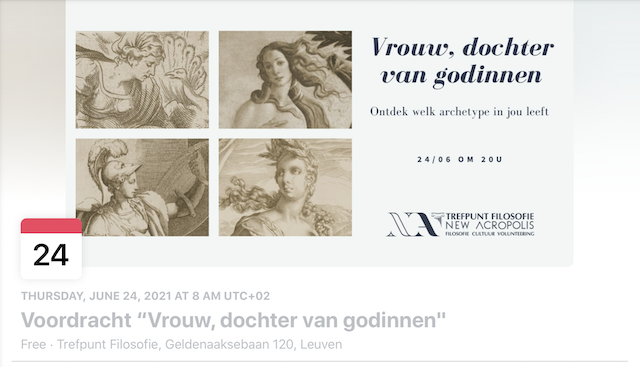 Based on the book Femme, fille de déesses by Laura Winckler, we delve into the four female archetypes from Greco-Roman mythology that are still relevant today: Aphrodite (Venus), the amorous, Athena (Minerva) , the warrior, Demeter (Ceres), the mother, and Hera (Juno), the wife. Members of Leuven school explored how these images live in the female personality and how women are influenced by one or more goddesses though a very nice conference.