PensaenGran decided to join in the celebration of the International Day of Women and Girls in Science. Since 2015, the United Nations has proclaimed 11th February as a special day to highlight the work of women in science and to achieve full and equal access and participation in science for women and girls. 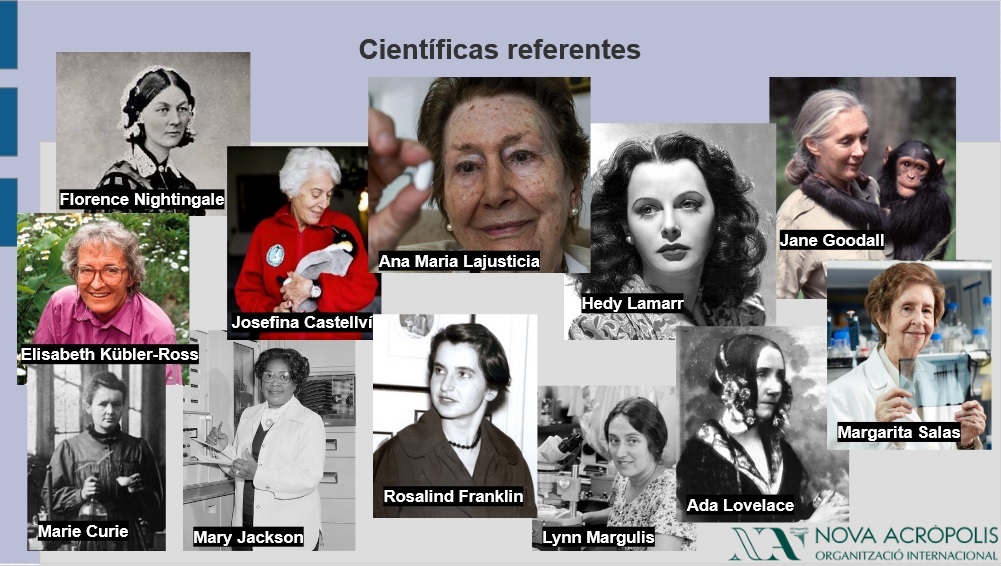 At New Acropolis Barcelona we celebrated this event with a participatory online talk, in which we discussed some statistics on women’s participation in research, professorships and scientific careers. One of the striking facts is the large number of female students, in contrast to the low percentage in management positions. The glass ceiling is still a reality in the field of science in the 21st century. It was also discussed that the number of women studying technology careers has decreased, and one of the potential reasons for this is a lack of inspirational role models and social gender bias when associating women with technology careers. The biography of outstanding women in science in recent centuries, such as Marie Curie, Ada Lovelace, Florence Nightingale, Margarita Salas or Jane Goodall, among others, has also been highlighted. The aim, aligned with the reason for the celebration day, is to raise awareness of inspiring stories of women who have made history in science and who are sometimes not very well known. One of the most widely shared conclusions was that it is necessary to create opportunities for future generations to develop their potential in the field they feel is their vocation.