The exhibition of the 4th ‘Letters to Humanity’ contest was inaugurated at the Espacio Luzarra.

For this year’s contest, promoted by the Pío Baroja library, the theme was Identity. Leticia Darriba, the person in charge of the activity, composed and recited a poem for the occasion: “… is water-air-earth-fire“. 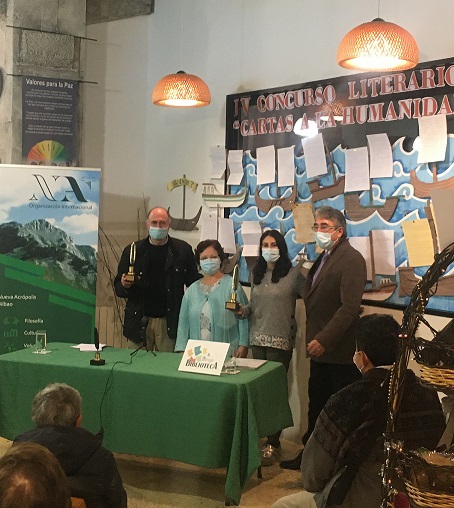 The jury for this competition was made up of three judges:

The first prize went to Laura Fernández, participant and winner of the second prize in the previous edition.

The third prize was won by María Dolores Martínez Gea.

During the awards ceremony, each of the winning letters was read.