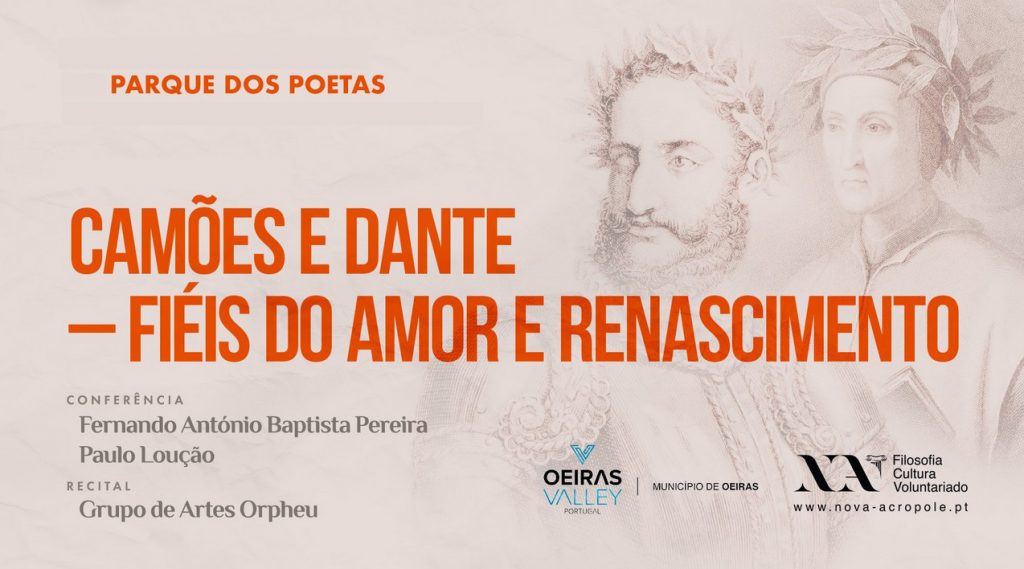 Organized by New Acropolis Oeiras-Cascais, the Jaime Cortesão History Center and the Amigos do Parque dos Poetas association, and in commemoration of the 700th anniversary of the death of Dante Alighieri (1321-2021), an event was held under the title Camões and Dante. Faithful to Love and Rebirth.

The event consisted of:

A poetry recital offered by the Orpheu Arts Group, dedicated to the poetry of Dante Alighieri and Luis de Camões.

One conference, with two presentations:

“Dante in the History of Art”. By Fernando António Baptista Pereira, Art Historian and President of the Faculty of Fine Arts of the University of Lisbon, where the speaker began with a brief presentation of Dante Alighieri and his main work: “The Divine Comedy”. He also presented and analyzed the images, drawn by the painter Federico Zuccaro, truly brilliant visual representations of the Cantos of Dante’s “Commedia”.

“Love in Dante, Camões and the Renaissance.” By Paulo Alexandre Loução, Researcher at the Hermes International Institute and Director of New Acropolis Oeiras-Cascais, whereby the speaker began by citing other works by Dante, in addition to “The Divine Comedy”, such as “De Monarchia”, making a succinct analysis of each of them. Finally, he mentioned Dante’s “Dames” in “The Divine Comedy” and in other works: Beatrice and “Lady Philosophy”, respectively.

The event was held at the Temple of Poetry in Parque dos Poetas, an urban park in Oeiras, one of the green spaces belonging to Greater Lisbon, considered an “open-air museum” of sculptural art, the only one in Portugal and the largest in Europe. In this space, landscaping and sculpture incorporate poetry. Nothing could be more appropriate for this event. 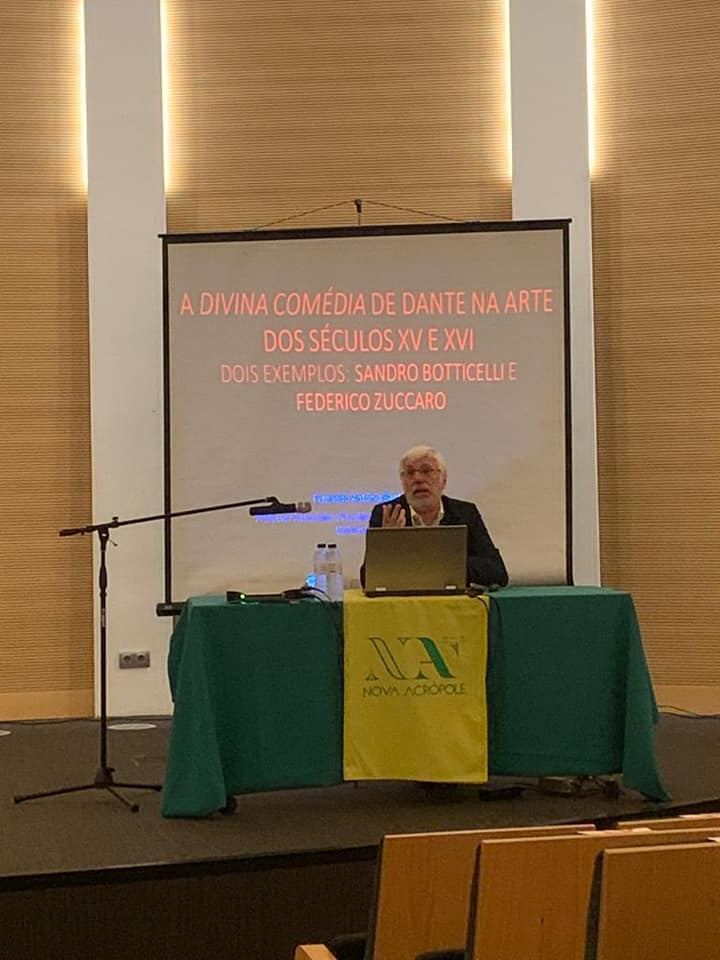 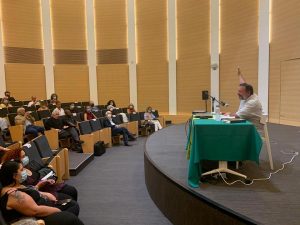 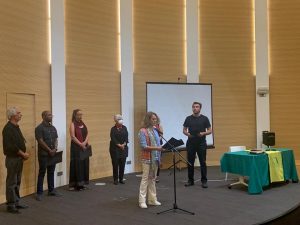 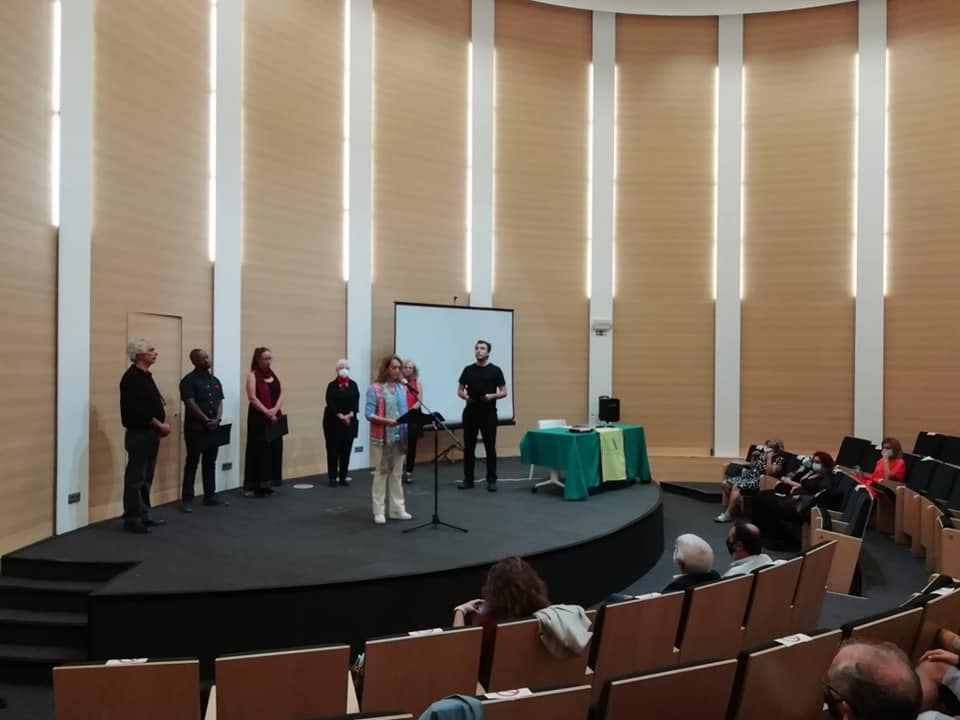