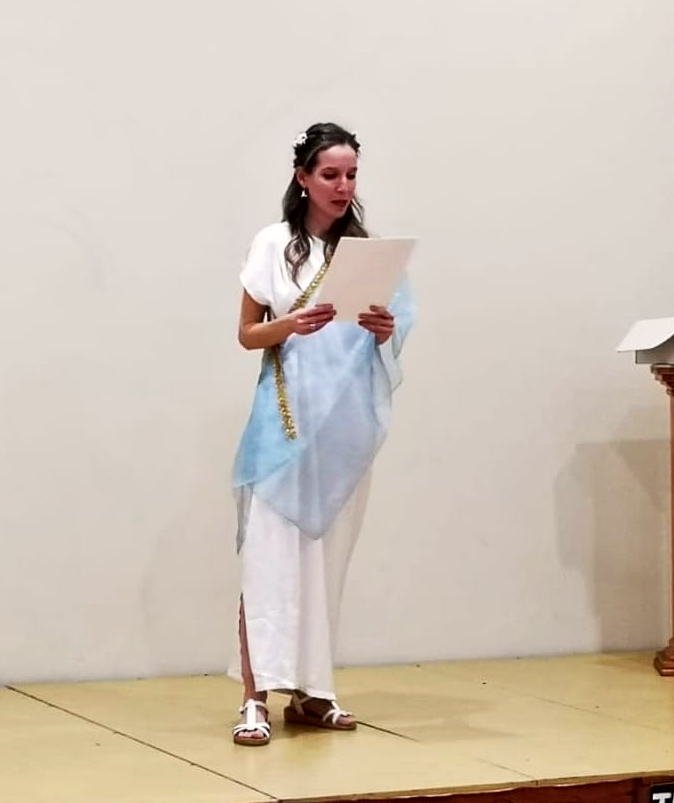 To celebrate World Philosophy Day, New Acropolis Madrid prepared an event in a truly Greek style. The evening started by reading the Homeric Hymn to Apollo, followed by a dramatic performance “Dialogues of the Dead”, where Hades appears on stage to welcome the new lot of recently disembodied souls. They must leave behind their most valuable possessions to be allowed onto the other side… The performance drew a lot of laughter from the audience and also provoked a deeper reflection about our own attachments. The public was also entertained by other narrations such as “The Myth of Er”, “The Myth of Prometheus and Epimetheus” and “The Myth of the Cicadas”.

In parallel to the storytelling, the public could attend an Escape Room set up to represent Plato’s “Myth of the Cave” by some members of The Ulysses Challenge. Participants had to use their wit and logic to solve conundrums in order to free themselves from chains and find a way out of the cave. Luckily nobody was left trapped inside but… would they go back to help others to free themselves?

To conclude such a special event, we couldn’t do without music and dance. To sum up, all the activities took us on a journey through Greek myths and stories where a person becomes a hero. A hero who attempts to defeat the shadows and conquer virtues which lie deep inside of him, a hero who tries to get to know himself in order to conquer himself. 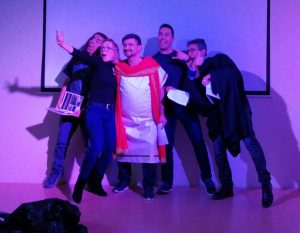