On the occasion of the 700th anniversary of the death of the great Italian poet Dante Alighieri, New Acropolis organized a public event to pay tribute to the “father of the Italian language”.

The volunteers created a play with a modern twist to narrate Dante’s experiences in the city of Bologna, where he spent several years of his life, especially his youth.

After extensive biographical research, the volunteers staged two scripts written by themselves. In the story, Dante and his friend Guido Cavalcanti stroll through Bologna and talk about Art and Poetry. Dante confides his love for Beatrice to his friend, and both find themselves as spectators of particular civic situations.

Dante and Guido’s experience represents the journey to discover the Human Being who faces his vices and virtues every day. A valuable experience that could not escape the awakened mind of a young seeker like Dante. 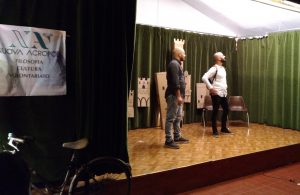 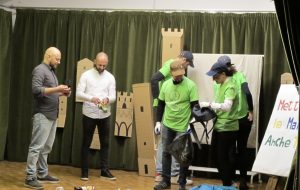