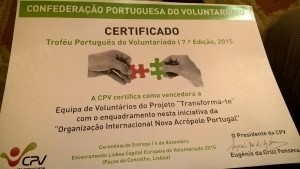 New Acropolis Portugal was awarded the Trophy of Volunteerism 2015, in its ‘Youth’ category, for the ‘Transform Yourself’ (‘Transforma-te’) training program for young people.

The delivery of this prize, awarded by the Portuguese Confederation of Volunteerism, served as closure to the celebrations that have been held throughout the year in Lisbon, European Capital of Culture 2015. 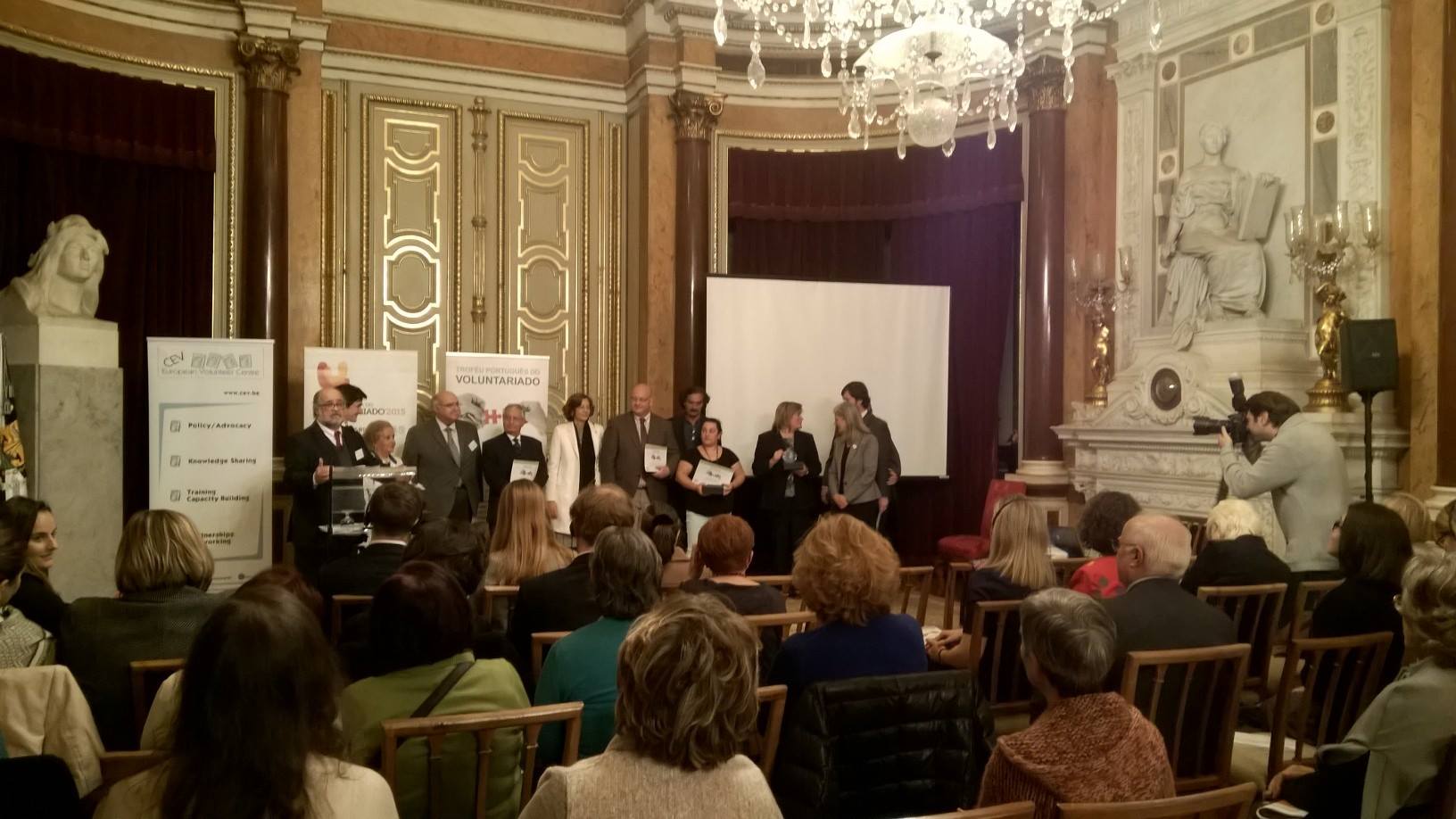 The event, held in the Noble Hall of the city of Lisbon, was attended by the National Director of New Acropolis in Portugal, who received the award. In the words of the jury, “this distinction lies in the volunteer team of the project ‘Transform yourself’, of the International Organization New Acropolis in Portugal, for the promotion of volunteerism carried out with young people, trying to foster in them a desire to transform the world“. 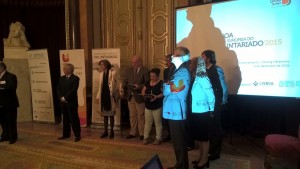