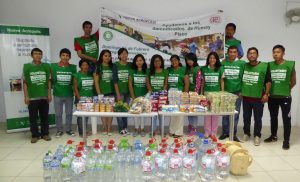 Heavy rains in Peru during January and February caused many rivers to overflow and led to significant material losses, diseases and isolation in rural and urban areas. New Acropolis volunteers of Ica and Pisco provided humanitarian and social aid to survivors of these natural disasters in the south of the country.

In Ica, more than 300 people, including children, adults and the elderly – who came from the Centro Poblado Sagrado Corazón de Jesús, district of San José de Los Molinos, received food and clothing and health care among other aid. New Acropolis volunteers of Ica were main donors, however the New Acropolis Circle of Friends as well as other citizens also provided donations. In Pisco, about 125 people from the village of Miraflores, district of Humay, received aid in the form of donations of clothing and non-perishable goods. 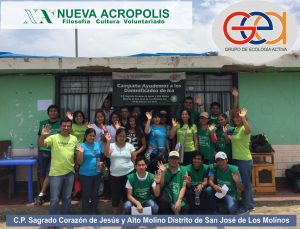