New edition of the Congress celebrating World Philosophy Day. This year’s theme was about the relationship between Philosophy and Art, and speakers from various cultural and professional fields related to these two disciplines were the following:

Opening the series of talks in the morning, Dr. José Soto Chica, specialist in Medieval History, presented Philosophy, Theology and Art in the Mediterranean from the 6th to the 10th centuries. Thought, Power and Spirit through the Image.

Dr. Soto Chico spoke about the influence of the Byzantine Empire, the Persian Empire and Islam on Mediterranean culture, skillfully unraveling a matrix of causes and consequences which led artistic expressions in Europe to be as we know them today. 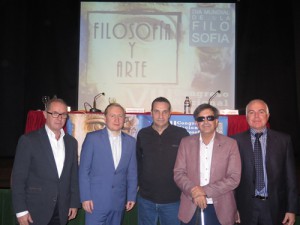 Mr. Joan Méndez Camarasa, specialist in Philosophy and Education Sciences, Philosophical Practice and Social Management. His presentation  revolved around the relationship between philosophy and art from the viewpoints proposed by poets such as Fernando Pessoa and philosophers such as Miguel de Unamuno and Ludwig Wittgenstein. He analyzed the different ways of doing, writing and practicing philosophy, as well as quoting poems which embody true philosophical teachings.

Mr. Martin Eyrich, Historian, Philosopher and Director of the Augusta Academy. His talk on Applied Philosophy: Cultural and Artistic Foundations and Philanthropy addressed some aspects of the history and philosophy existing behind institutions that promote art and science as common goods in society, with some ancient and modern examples to demonstrate the potential and value of art and its relationship with society and education. 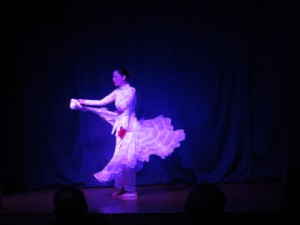 During the afternoon, the first presentation The repertoire of the artist, or the art of knowing oneself was given by Mr. Carlos Farraces, musician, writer and professor at the Conservatory of Castellón, who presented a parallel between artistic learning and philosophical learning. The repertoire of the artist thus becomes the raw material for progress, not only in a musical technique, for example, but also to develop ethical values.

Rite, ethos and catharsis, are three of the most active elements of the arts because of the enormous beneficial influence they exert on the human being and not only in the corporal, sensitive or intellectual aspects, but also in the imaginative, philosophical and spiritual aspects.

The last presentation was given by Mr. Miguel Ángel Padilla, writer, philosopher, humanist and expert in Coaching. His presentation entitled Art, Beauty and Creation led the audience to take a journey through power, creativity, beauty and love, raising questions such as: What is art and what is it for? Is it a mere superfluous adornment or does it serve the true and imperious needs of the human soul? Finally he concluded by saying that the highest aspect of philosophy put into practice can turn a man into a work of art.

Gloria Godoy, dancer and researcher of Danza Fusión Oriental gave the final touch to the Congress with a brilliant and moving performance of an original dance with flamenco and oriental flavors.