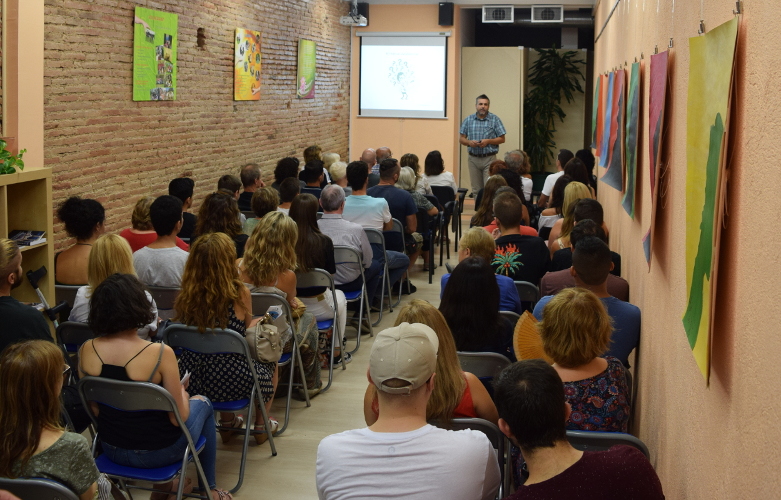 Through two lectures with great public support, the engineer Francesc Mir introduced us to the most recent interpretations of consciousness and reality by quantum physicists.
The presentation began by reviewing our understanding of matter and reality since the 17th century. He then gradually introduced the ideas of well-known quantum physicists of the twentieth century. These ideas were related to the ideas brought forth by previous philosophers. Finally, he explained the reasons for a much needed new paradigm as well as the pertinent visions of known scientists in the 21st century.