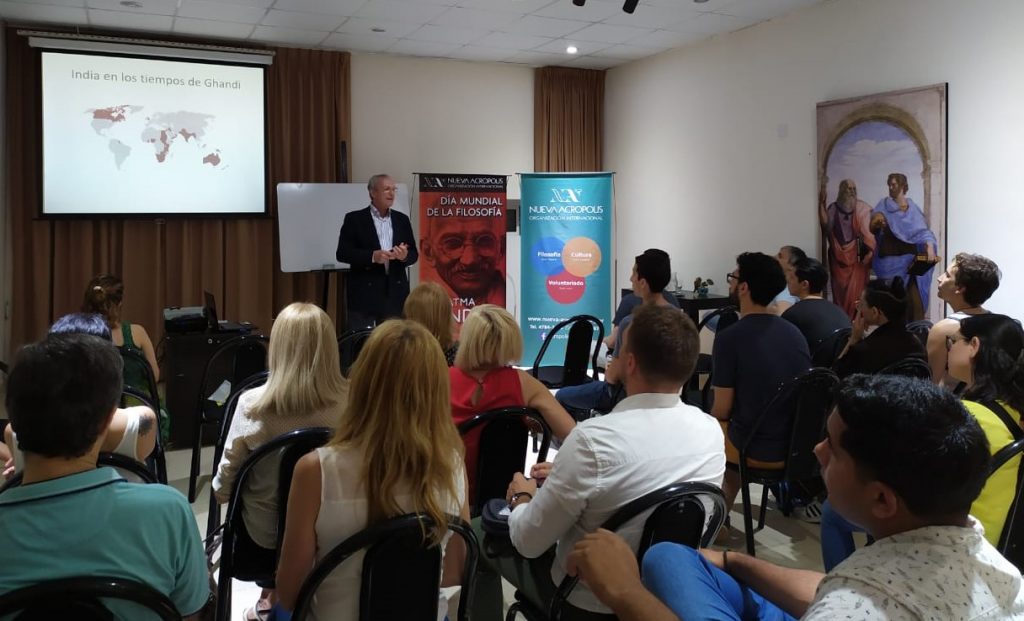 World Philosophy Day, declared by UNESCO in 2005, was celebrated on Thursday, November 21st. On this occasion the General Conference emphasized the importance of philosophy, especially for young people, stressing that “philosophy is a discipline that promotes critical and independent thinking and is able to work towards a better understanding of the world and to promote tolerance and peace.”

In accordance with this purpose of promoting freedom of thought, tolerance and peace, Mahatma Gandhi was honored on the 150th anniversary of his birth, with a talk entitled “MAHATMA GANDHI. The Warrior of Peace.” After discussing his life, his work and his legacy, speaker Gustavo Porras highlighted the high moral values that led Gandhi to this social conquest,  which earned him the respect and devotion of the people of India.

The activity was free of charge and the audience donated non-perishable foods donated to soup kitchens in Greater Buenos Aires.