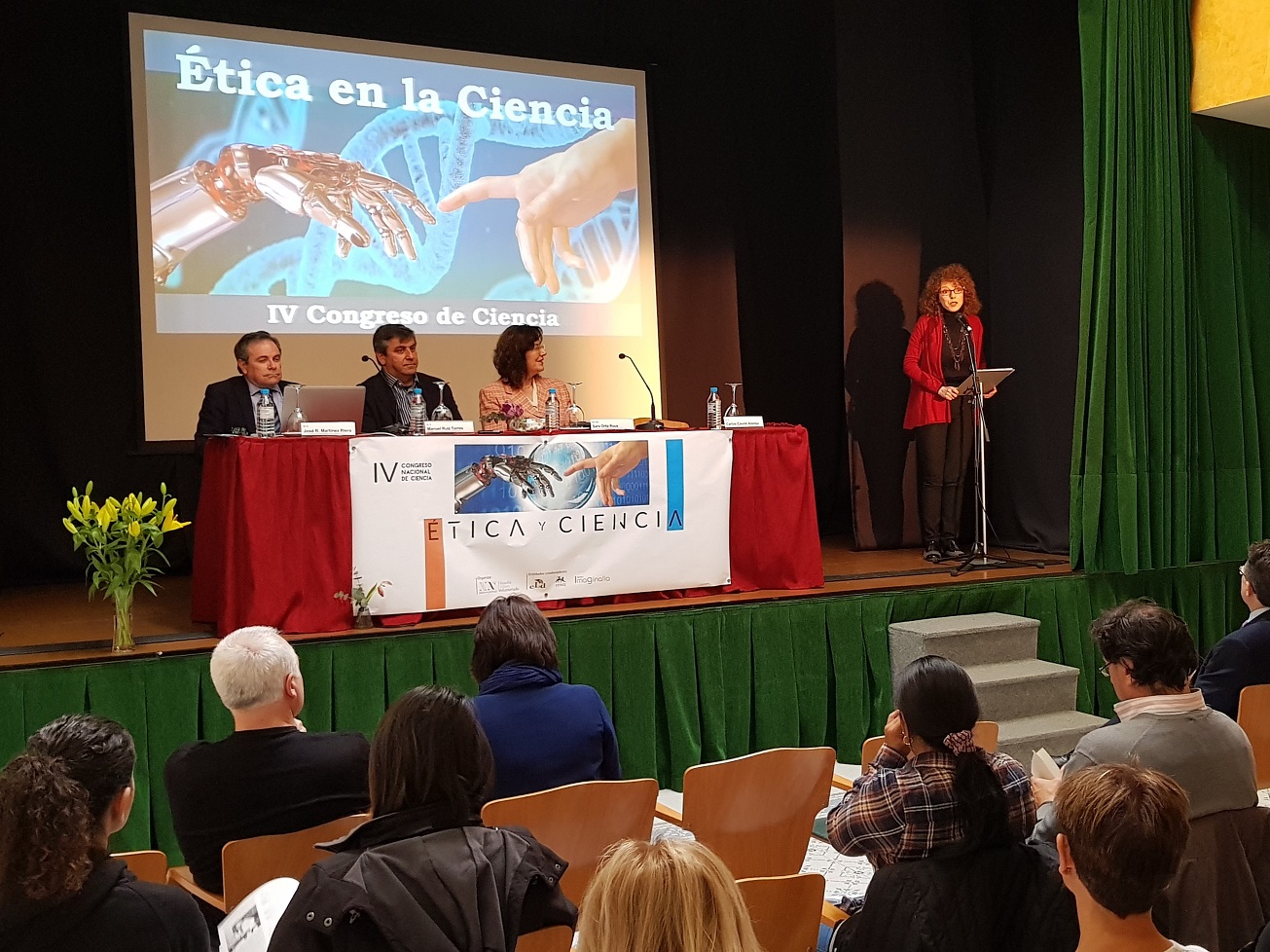 New Acropolis Alicante held its Fourth Science Congress. On this occasion, four speakers from various professional fields, with a strong philosophical calling addressed the issue of ethics in the world of science.

Dr. José Ramón Martínez Riera, expert in public health and nursing, opened the event by addressing the subject of “Ethics and Humanization of Healthcare”. His lecture was illustrated by scenes from Mike Nichols’ film “Wit.” Dr. Martínez Riera practically and forcefully outlined the effects of dehumanization and lack of ethics and aesthetics when people go to hospitals to seek help for their ailments.The speaker explained that, not only ethical treatment but also aesthetic treatment is necessary, in the sense that the attitudes and actions of health care professionals must harbor beauty and this is the result of carrying out the work with tenderness and genuine empathy.

The second lecture entitled “Science without Conscience is the Ruin of the Soul”, which is a phrase by François Rabelais, 16th-century French philosopher, was presented by Dr. Manuel Ruiz Torres, biologist. He stated that the “inner life” of the scientist, understood as the set of personal circumstances, beliefs and prejudices, sifted by his own ethical values, influences the outcome of his research and conclusions. Therefore, the contribution of philosophy to recover a universal ethics, which is a driver of science for the benefit of all human beings, is essential.

The afternoon session opened with the lecture “The Importance of Neuroeducation and Emotional Education in Harmonious Coexistence” presented by Carlos Caurín Alonso, doctor of Biological Sciences.
Dr. Carlos Caurín Alonso elaborated on the importance of knowing the mechanisms of the brain, and nervous and endocrine systems in order to correctly educate according to the principles of emotional intelligence. Knowing how to identify and modulate emotions helps us relate to others with maturity, and to resolve conflicts, whether intrapersonal or interpersonal.

The closing of the Congress was led by Sara Ortiz Rous, with the talk entitled “Ethics: Necessary Liaison Between Science and Society”. An engineer and philosopher, she spoke of bioethics, which is the branch of ethics dedicated to establishing the principles for the most appropriate conduct of the human being with regards to human life and other living beings, as well as the environment. The interaction of science with social life needs ethics so that this intimate relationship is useful and just for humanity.